Last week (October 22, 2013), The Nerve’s Rick Brundrett published a piece about South Carolina Sen. Luke Rankin’s income. Rankin, Brundrett wrote, “has received more than $2.8 million in legal fees from workers’ compensation cases from 2007 through last year, or an average of more than $478,000 per year.” 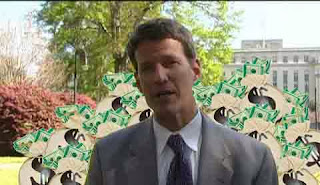 At the same time, Rankin has routinely sponsored and amended legislation affecting workers’ comp laws – and hence his firm’s profitability. Moreover he has long been a member of the Senate Judiciary Committee, which screens candidates for the Workers’ Compensation Commission – the body that approves attorney fees in workers’ comp cases.

Owing to an exception in the state law barring conflicts of interest, it’s not entirely clear that Rankin’s behavior is unlawful. Yet it’s about as clear cut a case of conflict as you’re likely to find.

First I think they should change South Carolina's flag to reflect this climate:

Any reasonable person has to ask themselves, "Why bother?" True enough, but SAFETY of your workers is the RIGHT thing to do.Having an effective safety program may not increase profit, but it will lower costs (which is the same thing). It reminds me of Danny DeVito's famous quote from The War of the Roses (1989): "There is no winning! Only degrees of losing! " 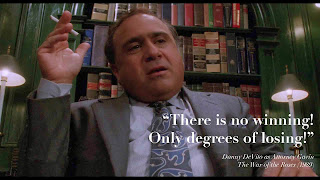 True enough that the attorneys always get paid (even if no one else does), but we still need not give employees the opportunity or a reason to get injured and start litigation. You also need to be involved and stay on top of your claims.