Government Shutdown: the Good, the Bad, & the Ugly...

I am doing something a little different, placing my comments at the beginning of this post. This is NOT a political blog, and I do not push or support any particular political view, that being said, I will point out anything that is my opinion and take ownership of it.

I do have to point out the hypocrisy of our federal government during this shut down: OSHA has been reduced to a skeleton staff potentially putting workers at risk, and members of our military lose services and must spend more money on groceries while President Obama's preferred golf course on Andrews Airforce Base remains open.

This is not political, this is insanity!!! Read on...


Government Shutdown: the Good, the Bad, & the Ugly... 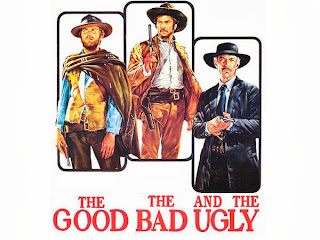 A benefit of the government shutdown may be that it slows the stream of waste and bad behavior flowing from the federal bureaucracy. Catching up on my reading, I noticed these items in just the last few days of the Washington Post:

The Department of Labor's Occupational Safety and Health Administration furloughed more than 90 percent of its inspectors as a result of the Oct. 1 shutdown of the federal government, leaving the agency with only enough personnel to respond to the most serious workplace emergencies. 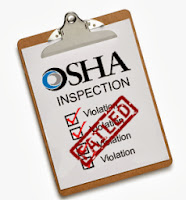 Two inspectors at each of OSHA's 92 area offices will remain working, according to the agency's Sept. 10 contingency plan. The agency has followed that plan, spokesman Jesse Lawder told Bloomberg BNA.

OSHA head David Michaels said in the plan that the agency must have enough staff to respond to workplace fatalities, catastrophes and situations posing imminent danger.

“OSHA employees should be able to respond to safety and health complaints or other information when employees are potentially exposed to hazardous conditions that present a high risk of death or serious physical harm,” Michaels said.

The federal government was forced to shut down for the first time in 17 years after Congress failed to reach an agreement on a continuing resolution to pay for operations. House Republicans have refused to pass a government funding bill without provisions to suspend portions of the Patient Protection and Affordable Care Act. Senate Democrats and the White House have refused to negotiate on suspending portions of the health care reform law, which was enacted in March 2010.

OSHA will keep 230 of its 2,235 staffers working during the shutdown, according to the solicitor of labor's estimates.

Michaels said the agency's active staff will include: members of the executive, compliance and information technology staff in the national office; administrators and support staff in the regional offices; inspectors in the area offices; and chemists and industrial hygienists in the Salt Lake City Technical Center.

The government shutdown leaves the agency unable to protect workers, Peg Seminario, director of safety and health for the AFL-CIO, told Bloomberg BNA.

“Regular inspections, responding to complaints, outreach, consultation, preparations for rulemaking--all the ways OSHA prevents injuries and illnesses rather than dealing with them after the fact--won't happen,” Seminario said.

The shutdown of the federal government doesn't seem to immediately impact non-federal workers in the states with their own occupational safety and health departments. For example, the California Division of Occupational Safety and Health will continue its normal day-to-day activities without interruption, spokeswoman Kathleen Hennessy told Bloomberg BNA.

OSHA has approved state plans in 25 states. Twenty-one of those states police occupational safety and health for all non-federal employees; four oversee public sector employees only.


No End in Sight

There doesn't appear to be a clear end date for the shutdown, representatives of federal workers told Bloomberg BNA.

“I don't think anyone knows, because it's a political decision, not a governmental decision,” said Alex Bastani, head of the American Federation of Government Employees Local 12, which represents workers at the Labor Department's headquarters.

Oct. 8 is an optimistic estimate for when federal employees will be able to return to work, said Dennis DeMay, chief of the National Council of Field Labor Locals, which represents OSHA inspectors and other field office workers. But it may last longer due to the deep divide between the two parties and the way that lawmakers in many congressional districts are insulated from voter dissatisfaction, DeMay added.


Impact on Other Worker Safety Functions

The shutdown forced debilitating furloughs in other government functions focused on worker safety and health.

The Occupational Safety and Health Review Commission will keep just two employees active during the shutdown, one to maintain its computer network and one to receive mail, according to the commission's contingency plan .

Two programs at the National Institute for Occupational Safety and Health will remain unaffected by the shutdown, Centers for Disease Control and Prevention spokeswoman Barbara Reynolds told Bloomberg BNA. The World Trade Center Health Program and the Energy Employees Occupational Illness Compensation Program can continue to operate because they draw from alternate funding sources, Reynolds said.

“Otherwise, most all other activities will be suspended until something changes,” Reynolds said. “Most of the research will be halted.”

The shutdown will bring the Chemical Safety and Hazard Investigation Board's core activities to a halt, managing director Daniel Horowitz told Bloomberg BNA. The Chemical Safety Board is keeping active three of its 40 employees and the three board members, according to its contingency plan.

“We'll have a skeleton crew to restart after the shutdown and keep an eye on any chemical disasters that we hope will not occur during this period,” Horowitz said. “But that is limited to just a basic screening. There are no investigators available, and we don't anticipate that we'll be able to respond to any disasters.”

The House of Representatives on Saturday passed another piecemeal bill, to make sure federal workers furloughed under the current government shutdown will be reimbursed for lost pay once government reopens.

The White House backs the bill and the Senate is expected to approve it too, though the timing is unclear. The 407-0 vote in the House was uniquely bipartisan, even as lawmakers continued their partisan rhetoric.

"This is not their fault and they should not suffer as a result," Elijah Cummings, a Democrat representative from Maryland, said of federal workers. "This bill is the least we should do. Our hard-working public servants should not become collateral damage in the political games and ideological wars that Republicans are waging."

Representative Michael Turner, a Republican from Ohio, said federal workers should not have to worry about paying their bills while Congress and the White House fight over funding the government: "They have childcare expenses, house payments to make, kids that are in college, and while the president refuses to negotiate, while he's playing politics, they shouldn't worry about whether or not they can make ends meet."

Ellis said "essential" federal workers who stayed on the job "will feel like suckers because they've been working while the others essentially are getting paid vacations".

The White House has opposed other piecemeal efforts by House Republicans to restore money to some functions of government during the partial shutdown. White House officials have said the House should reopen the entire government and not pick agencies and programs over others.

President Barack Obama has said he will not negotiate on the temporary spending bill or upcoming debt limit measure, arguing they should be sent to him free of GOP add-ons. Congress, whether controlled by Democrats or Republicans, routinely sent Obama's predecessor, George W Bush, "clean" stopgap spending bills and debt-limit increases.

House Republicans appeared to be shifting their demands, de-emphasizing their previous insistence on defunding the health care overhaul in exchange for re-opening the government. Instead, they ramped up calls for cuts in federal benefit programs and future deficits, items that House Speaker John Boehner has said repeatedly will be part of any talks on debt limit legislation.

The scandal ridden Obama IRS has just announced it is halting ALL tax refund payments to Americans during the government shutdown.  What is not halting, apparently, is the hiring and implementation of the thousands of NEW armed IRS agents responsible for Obamacare. 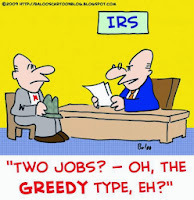 “Tax refunds will not be issued until normal government operations resume,” said the IRS. The IRS emphasized, however, that the underlying tax law remains in effect, and all taxpayers should continue to meet their tax obligations as normal.

“Individuals and businesses should keep filing their tax returns and making deposits with the IRS, as they are required to do so by law,” said the IRS. “The IRS will accept and process all tax returns with payments, but will be unable to issue refunds during this time. Taxpayers are urged to file electronically, because most of these returns will be processed automatically.”

So individuals and businesses are required to keep sending the government money, but owed refunds will not be processed.

The Obama administration clearly wants more Americans to go without, in the hopes their anger will turn against Republicans.  Playing politics with the people’s own money.


Obama's Golf Course Has Been Spared from the Shutdown

One of Obama's preferred golf courses, the course on Andrews Airforce Base remains open during the government shutdown.  The grocery stores on the base, where troops get discounted groceries for their families are, however, closed.  They will shop "at local stores that cost about 30 percent more, Lieutenant General Raymond Mason, the service’s deputy chief of staff for logistics, said yesterday at a House hearing."

The Andrews Air Force Base golf course is funded through user fees and that’s why it remains open, said Air Force Captain Lindy Singleton, chief of public affairs for the 11th Wing at Andrews.

Obama hit the links last weekend for a round, on the eve of the possible shutdown. Last week the President played his 35th round of golf this year. 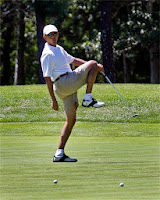 I feel that all the money saved during the shutdown should be returned to businesses and the people who pay the taxes in the form of a refund. 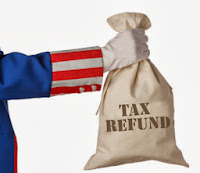 Is it fair that government workers get paid for not working???

Do you, in private industry get paid if you do not come to work???

Some people have accused me of being insensitive towards government employees, let me point out that money wasted on government and taxes can be better spent improving the lives and safety of workers in private industry.

I will also acknowledge that some companies may not spend the savings on workers and safety, they may spend it on executives, owners, and shareholders.

I also don't think it is fair that congress gets paid during the shutdown either.

I don't have all the answers, but we have to start somewhere.

With a possibility of another government shutdown due to lack of unity, I guess it is wise if people will acquire a bill protection insurance for extra protection.