Oil Spill in the Gulf

It is a tragedy the oil spill in the Gulf and the response by the Federal Government and BP seems to be half-hearted at best. As a safety professional who subscribes to root cause analysis (see my blog post on root cause analysis), I want to know what caused this disaster.

Is it just me or has anyone else noticed the lack of attention paid to investigating and determining the cause? I hate to jump the gun, but was it terrorism or stupidity?

I think that the public should be updated on the progress by both BP and the Federal Government. At the very least, every State that has an ocean shoreline or oil/natural gas drilling in it should demand the report on the cause of the disaster. 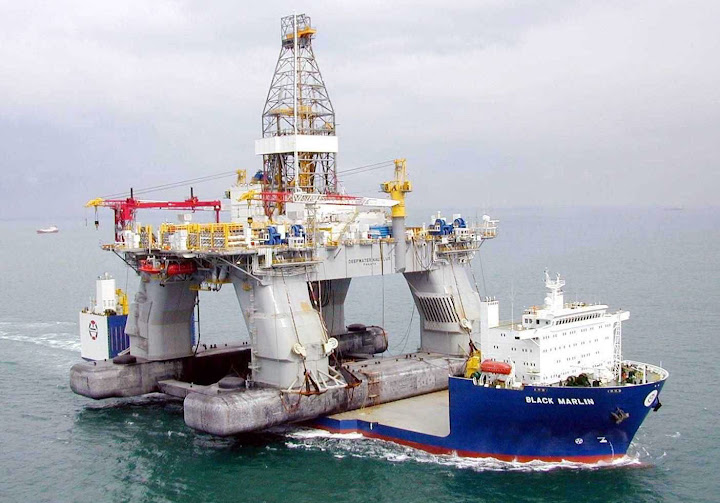 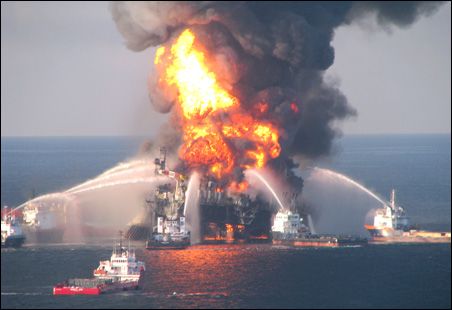 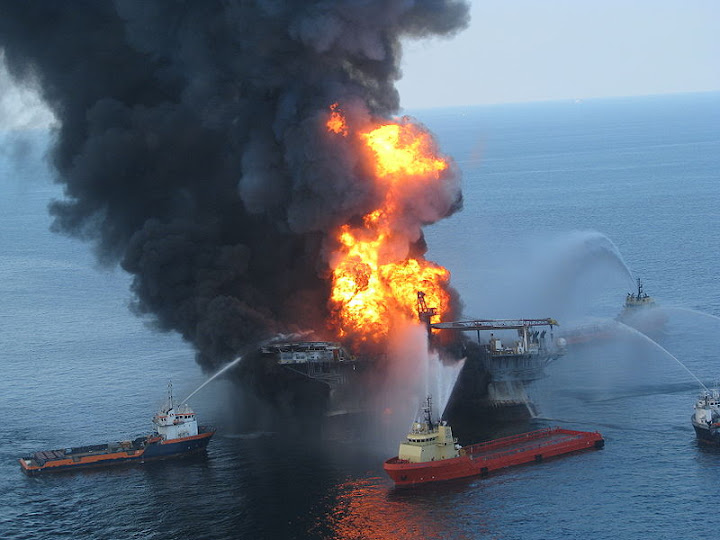 Just recently I added a winch to my utility trailer. I had to string the winch with wire rope and a hook. It got me to thinking, what a great blog topic. When adding a bight (The term bight is used in knot tying to refer to any curved section, slack part, or loop between the two ends of a rope, string, or yarn.) to wire rope, there is a right way and wrong way to attach the clamps to make the bight.

The way to remember the correct procedure is the saying, "Never saddle a dead horse." The saddle is the part of the wire rope clamp that the U-bolt passes through. The saddle always goes on the working end of the line (the longer line) and the U-bolt goes on the dead end (short end).

The pic shows the parts of the bight, the clamp, and the proper way to install it. You can download "the proper installation and warnings" from Crosby, a manufacturer of wire rope products here: Crosby card 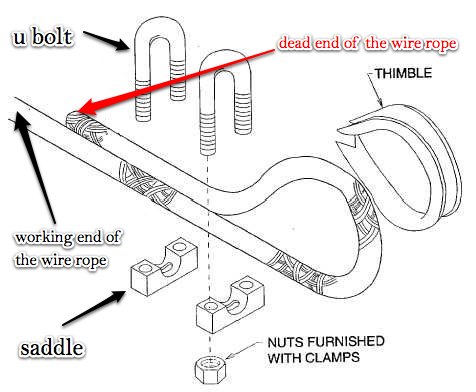 The board, appointed by Gov. Arnold Schwarzenegger, has up to six months to act on a Dec. 17, 2009 petition filed by the AIDS Healthcare Foundation that seeks to change state law to require safe-sex protections for adult-film workers, including mandatory condom use and more stringent safety training and testing for sexually transmitted diseases.

Earlier this month, staff members recommended that the board create an advisory committee to consider amending the law “in order to give greater protection to employees in the adult film industry.”

“It’s to study the issue more. If it merits it, they would formulate the language and bring it before the board,” to amend the law, said CAL/OSHA spokeswoman Erika Monterroza.

Monterroza said it is “extremely common” for the board to create such advisory committees.

Last summer, the foundation sued Los Angeles County after the disclosure that an adult-film performer had tested positive for HIV. In the suit, it alleged public health officials failed to prevent the spread of sexually transmitted diseases and to enforce laws requiring employers to protect workers against exposure to bodily fluids.

“I know there’s a lot of actors that’s getting tired of STDs,” James said Wednesday in an interview with The Times. He said many actors feel they cannot speak out against the spread of STDs for fear of losing work. “They just need more options; if they can provide them with better care maybe we can slow it down.”

Also scheduled to speak at the meeting are half a dozen representatives of the adult film industry, including Diane Duke, executive director of the Free Speech Coalition, a Canoga Park-based trade association.

Duke said her group’s members have tried to comply with state health and safety regulations, but that they are overly vague and general. She supports forming an advisory committee as long as it includes adult-film workers, producers or other industry representatives.

“We have been trying to work within the regulations, but it’s almost impossible,” Duke said. “If we were going with the letter of the law, every film would have performers in latex gloves and goggles.”


From: http://latimesblogs.latimes.com/lanow/2010/03/condom-requirement-for-porn-film-actors-comes-to-vote-in-california.html
Posted by EJH at 1:20 PM No comments:

An increasing problem now for motorists is ‘driving fatigue’. Yes, this fatigue has caused our reactions to slow down so that we were unable to judge properly, almost as though we were drunk.

The first thing is to make sure that we get a good nights rest the night before so that we a refreshed for the next day.

For long trips, plan various stops where you as the driver can have a small break along the way. Remember that short 5-minute breaks can mean the difference between life and death for us.

One recommendation is that we need to have a break from driving at least every 2 hours, so that we can refresh our reaction senses.

Another good idea is to take some light refreshments with you, so you will always have something to sustain you while driving.
Posted by EJH at 1:14 PM No comments:

I have neglected this Blog, so now I am back.

I have coined the term "Quantum Safety" to describe my view on safety.

I compare Safety to Quantum Physics. Quantum Physics is all about probability. QP states that any possibility can occur, although there are certain possibilities that are more likely to occur.

Based on this concept, if a worker is properly trained, doing his job correctly, with the correct tools and safety equipment, he will have an accident. So it is not "if," but "when."

This is supported by the mathematical discipline of statistics. If you do something enough times, you will experience every possible outcome. Example; what are the outcomes of flipping a coin? There are 3. Three? Yes, three. Heads, tails, and the side. Think the "The Twilight Zone" episode "A Penny for Your Thoughts."

It may take you 100 years of flipping the coin, but it will eventually happen. The PROBABILITY of that occurring is very low. The PROBABILITY (based on a bell curve and other math that I will not go in to) can be expressed in terms of time. From the coin example, we could then express the probability of the coin landing on its side at least 100 years (I just made this number up for demonstration purposes).
Posted by EJH at 1:28 PM No comments: