Obamacare, the Gift that Keeps on Giving... and Taking.

A little-known provision in the Affordable Care Act could put employers in the middle of retaliation lawsuits if they restructure their workforce in 2014.

A provision in the ACA prohibits employers from taking negative actions against employees — such as reducing benefits and cutting hours — in retaliation for employees getting subsidized coverage on the Arizona Marketplace, also known as the health exchange.
Once the exchanges are up and running, employers will get monthly reports from the feds, detailing which employees received subsidized health insurance coverage through the exchange. (These reports were designed to have employers help the U.S. Internal Revenue Service determine who is covered by health insurance, because individuals will be fined $95 a year if they don’t have coverage.)

Here’s the trap: Now that employers will know which employees dump their employer-based insurance and go to the exchange to buy coverage, it puts them in the awkward position of getting sued — even if the employer’s workforce restructuring was not even related to the ACA.

This retaliation provision is included as an amendment to the Fair Labor Standards Act and will be administered by Occupational Safety and Health Administration, or OSHA.
So if an employer reduces an employee’s hours or lays off that person — who also happens to be somebody who dumped employer coverage to buy insurance from the exchange — the retaliation provision kicks in, said Erwin Kratz, director of the employee benefits section for the Phoenix law firm of Fennemore Craig.

“If an employee wants to challenge the decision, all they have to do is say, ‘I got this subsidy and the employer knew it and took action against me,’” he said. “That will be enough to shift the burden to the employer to show that the action had nothing to do with the subsidy.”

But here’s the deal: Because the employer mandate was delayed a year, employers have until Dec. 31 to restructure the workforce without the fear of this new retaliation lawsuit.
This is something many employers already know, including the Maricopa Community Colleges, which announced earlier this year its plans to cut 1,3000 workers’ hours to avoid $13 million in health care costs.

Many employers have figured they have another year to comply with the employer mandate, thinking they’ll just deal with this next year.
Wrong, said Kratz.

“They can do it now, but when they get to 2014, they better be careful,” he said. “They better not say, ‘We’re doing this to avoid the mandate.’ Because the employee is going to say, ‘Thank you. You lose.”

The danger to the economy is that this could trigger a mountain of layoffs before the end of the year, he said.

“It’s another one of the unintended consequences of the act,” he said.

The Obama administration published more “major” final rules in its first term than the George W. Bush administration did in its second, according to the Congressional Research Service (CRS).


From 2009 through last year, there were more than 13,000 final rules published in the Federal Register, while fewer than 12,400 were finalized from 2005-2008, the report found. That’s an increase of nearly five percent.

The Obama administration has come under fire for its aggressive regulatory policies, with congressional Republicans complaining that the wave of new rules is costing businesses and amounts to executive overreach.

The Obama administration is continuing to increase regulation, not only in the number of regulations, but in having more agencies involved, and agencies regulating outside their scope. Consider the retaliation provision in the ACA:


This retaliation provision is included as an amendment to the Fair Labor Standards Act and will be administered by Occupational Safety and Health Administration (OSHA). 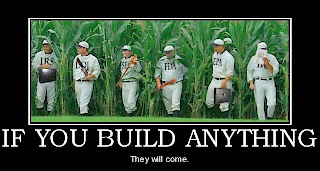 As if running a business was not hard enough. Since this falls under OSHA, will safety managers now have to deal with and be responsible for ACA provisions? Will the "gross negligence" provision of OSHA apply to the "retaliation provision" of the ACA and can managers be held liable?

What about companies that use temporary staffing companies? How will OSHA's enforcement of the ACA's "retaliation provision" apply to the host company? Will the host company be responsible for providing healthcare (under the ACA) to temporary employees?

This is not so far fetched. The ACA is just beginning to be implemented. All areas have not been clearly defined and the ACA has not been tested yet by lawsuits, and the lawsuits will be coming!

The ACA as a whole has not been well thought out. It was based on the Medicare system (which was a good decision) because that was a working system already in place. But the rest seems to be piecemealed, rushed, and not well thought out. I will not even mention the issues with funding... 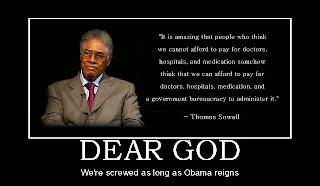 This is just another aspect of the Obama administration as a whole: increased regulation, increased taxes (the Supreme court upheld the ACA is a tax, see in forbes.com here:), and lack of clear procedures for regulation.


The Associated Press reported that, for example, the average United Auto Workers member makes $29.78 per hour at GM, while Toyota pays its workers (most of whom are non-union) about $30 per hour. However, when total benefits (including pensions and health care for workers, retirees and their spouses) is factored in, GM's total hourly labor costs is about $69, while Toyota's is about $48. Source: cbsnews.com March 30, 2009

Finally, let me say that I am NOT against Universal Healthcare, I just don't think that the system we got is the best way to deliver it. Furthermore the rules are not clear.