It has been awhile since I have done a post strictly on safety, and I do not want to neglect that part of this blog. I have been caught up with technology (which is now half of my job) and Obamacare, so here I go back to safety. At the end of this post, I will show you one of my most effective training exercises. Read on... 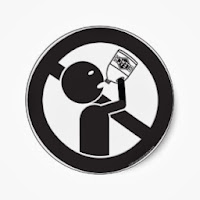 Did you ever wonder why there is a warning label on bleach that says, "do not drink?" That is because, somewhere, somebody thought it was a good idea to drink bleach. They then sued the manufacturer because there was no warning label saying "do not drink."

To a certain extent, as safety professionals we have to ask ourselves, do we have to train employees not to drink bleach too?

Just like consumer products the plaintiff’s bar has plenty to do with this silly–and costly–trend. Sham product-liability cases can rack up very real damages. In 2007 the median jury award in product liability cases was just north of $1.9 million, estimates Jury Verdict Research, which tracks results of personal-injury claims.

Warning labels and safety training it don’t stop people from suing because the American legal system has become a litigation lottery. There are some protections afforded the employer from the "exclusive remedy" clause in work comp laws.

Typical workers' compensation laws similarly bar actions against co-employees who cause the worker's injury. Thus, workers' compensation coverage is referred to as the "exclusive remedy" available to an injured worker. In many cases, this works to the advantage of the employee, as the employee will receive benefits for lost wages, medical care and rehabilitation, even if the worker causes his own injury.

Situations where an injured worker may be able to bring a personal injury lawsuit in addition to a workers' compensation claim include the following (from www.attorneys-usa.com):

The last item, Third Party on Employer's Premises, is of particular interest to consultants; creative attorneys have tried to sue consultants saying that their training was "defective," thus leading to the employee's injuries.

Here are some warning labels:

Label: Do not put any person in this washer.
Product: Huebsch Washing Machine
First load: whites. Next load: the youngest daughter.

Label: Safety goggles recommended.
Product: Staples’ letter opener
Sadly, this was a misprint. According to Amy Sandler, a public relations rep at Staples, “The label is meant for our retractable box cutter, where the blades might slide off. Package redesigns are currently being shipped to Staples and Staples.com with the correct ‘Keep out of reach of children’ warning.”

Label: Do not use if pregnant or nursing.
Product: Extenze "Male Enhancement" Drugs

Label: Never use while sleeping.
Product: Conair Hair Dryer
What about in the shower? 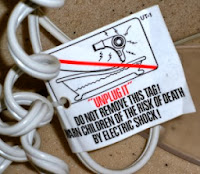 Label: Do not dangle the mouse by its cable or throw the mouse at co-workers.
Product: SGI computer mouse 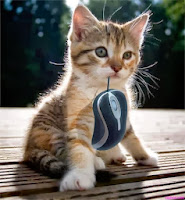 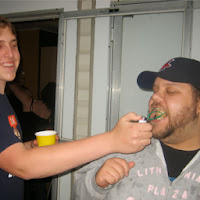 Label: Wearing of this garment does not enable you to fly.
Product: Child's Superman Costume 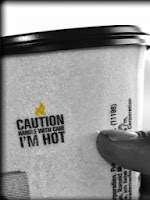 Label: Do not drive with sun shade in place.
Product: Automotive Sun Shade 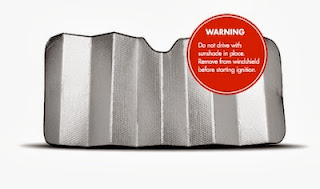 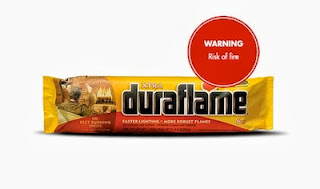 Label: Do not hold the wrong end of the chainsaw.
Product: Chainsaws
Really? There is a right end and a wrong end? I just learned something.

Label: Motor vehicles contain chemicals known to the State of California to cause cancer and birth defects.
Product: New Cars
I don't live in California, so I am safe. 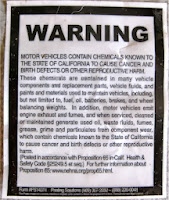 Label: May contain traces of peanuts and human flesh.
Product: Tim Tam brand chocolate biscuits made by Arnott's food company
...Traces of WHAT?!? 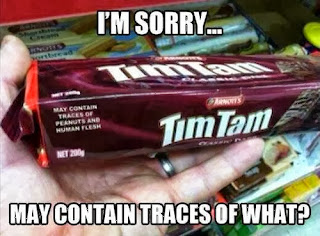 Let us look at the numbers. As my brother says, "remember that half of all people are below average." This is funny, but look at it from a statistical standpoint (based on a bell curve): out of every 10 employees, 2 will be brilliant, 5 will be average, and 3 will be "dumb as a stump."

What to do? To be safe, train, train, and more training. Assume that your audience (employees) know nothing. There are no stupid questions, only stupid answers. Hands on training, with employee involvement is the best learning tool.

Globally Harmonized System of Classification and Labeling of Chemicals (GHS) 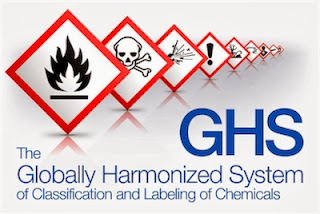 That leads me to GHS. 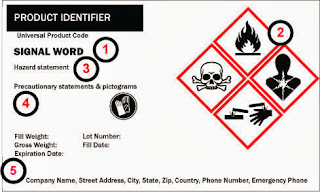 The revised standard will improve the quality and consistency of hazard information in the workplace, making it safer for workers by providing easily understandable information on appropriate handling and safe use of hazardous chemicals. This update will also help reduce trade barriers and result in productivity improvements for American businesses that regularly handle, store, and use hazardous chemicals while providing cost savings for American businesses that periodically update safety data sheets and labels for chemicals covered under the hazard communication standard.

The best source of information on the GHS is the United Nations' publication: A Guide to
The Globally Harmonized System of Classification and Labelling of Chemicals (GHS),  also called "The Purple Book," available on the DOL web site here:

This is my best and favorite training exercise. I use this when doing OSHA 10 & 30 hour training. I like to do this on the 2nd day, first thing in the morning.

I start off with 4 consumer products: toluene, Windex, red food coloring, and sand. 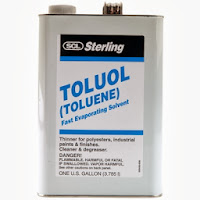 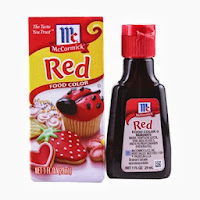 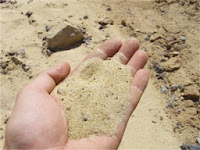 I then ask, if used in the workplace, which of these would be considered a hazardous material?

Let's make this a little more interesting, let me add milk (which I just happen to be drinking that morning as everyone else is drinking coffee and energy drinks). 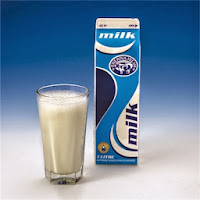 So, we have 5 consumer products: toluene, Windex, red food coloring, sand, and milk.

Again I ask, if used in the workplace, which of these would be considered a hazardous material, require training to handle, and need to have an MSDS sheet for?

The Correct answer is: ALL of them if used in the workplace, would be considered a hazardous material

Windex: I chose this because of the controversy about OSHA citing offices for not having MSDSs on white out. OSHA has since come out with Interpretation and Compliance Letters on consumer products such as White-Out and Windex here: I would argue using Windex as intended, would expose the employee to a concentration of ammonia fumes, would trigger  the Haz Com Standard.

Red food coloring: it is made from petroleum, contaminants, and propylene glycol (a.k.a. antifreeze). Yellow #5 (Tartrazine) is made from crude oil runoff and contains a known carcinogen called benzene.  Benzene has been banned from our gasoline in the US. The same Blue 2 dye that colors our jeans also colors our foods. Now times are tough, but I doubt any of us would eat gasoline or jeans willingly.

For reference: The basic ingredients that on on the back of the box of any artifical colors, that you buy from your grocery store.  This is off the McCormick's box

Here is the link: www.mccormick.com 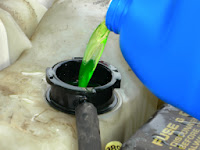 Sand: This is silica (silicon dioxide). Silicon is the same main element that makes up asbestos. Asbestos and silicon have many similar properties and hazards. OSHA has standards on both. OSHA's Asbestos Standard here: OSHA's Silica Standard here:

Milk: This is the tricky one. Back in the early 1990′s, EPA and DOT wanted to define milk as a “hazardous material” under rules pertaining to oil spills. This was because the definition of oils included petroleum-based oils as well as fats and oils from vegetable and animal origin. The rationale was that, in the event a milk truck overturned on or near a bridge, these procedures might reduce the potential effect on fish and other aquatic life.

In January 2009, a U.S.  court and the U.S. Food and Drug Administration (FDA) has essentially ruled that organic raw milk shipped across state lines for use as animal food must be treated like a toxic waste.

Again, I don't have all the answers. Each site is different and you need to first assess your specific hazards. I hope this got you thinking...

Every should know about the products and their precaution. It is important for the safety purpose.

A great deal of the content for this article was taken from ExpertLaw.com. You should credit that site as your source.