Insurers Can be Sued for Profit on Denied Benefits

In the ongoing effort to determine what constitutes appropriate remedies under ERISA, the Sixth Circuit U.S. Court of Appeals has gone farther than any court before it. Earlier this month the court affirmed a judgment directing a disability insurer to pay not only benefits due, but also an additional amount representing the profits it allegedly made on the benefits. 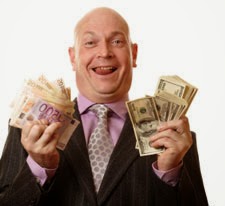 The case at issue is Rochow v. Life Ins. Co. of N. America. Rochow was an executive who fell seriously ill and applied for long-term disability benefits, which were denied. He appealed internally and then sued. Both a lower and appeals court found that the insurer’s denial was arbitrary and capricious.

Unfortunately, Rochow died in 2008, but his estate sued for attorney’s fees and argued that the insurer unjustly enriched itself with the money it should have paid to Rochow. His estate sought disgorgement of profits in addition to benefits, and the court awarded $3.78 million that consisted of $910,629 in denied benefits and $2.8 million more in earnings based Life Insurance Company of North America’s rate of return on equity, which ranges between 11% and 39% per year.

The court ruled that ERISA permitted a participant to recover both the benefits payable under the plan (502(a)(1)) plus additional equitable relief (502(a)(3)). The court majority acknowledged that this position conflicts with the Supreme Court’s ruling in Varity Corp. v. Howe, 516 U.S. 489 (1996), which generally holds that equitable relief ordinarily would not be available to a participant seeking plan benefits.

But the majority said that there could be exceptions, such as when a participant seeks benefits that allegedly were wrongfully denied under the plan or requests equitable relief for misrepresentations about how long he would be covered under a different plan provision.

Thus, the majority concluded that their remedy was a “logical extension” of the remedies available under ERISA and prior case law. According to the majority, merely awarding benefits was not adequate relief, so more relief was required.

There was a dissent, which pointed out that there is a need for a distinct injury to the plaintiff, but the majority ignored this position. The dissent was also concerned with the potential a ruling like this might allow plaintiffs to expand every abuse-of-discretion claim into a claim for returns on investments or profits which could create serious problems for plans that are self-insured.

This is probably not the last we will hear about this case.  But it should serve as a wake-up call about the possibility that an abuse of discretion by a plan administrator can lead to much more serious consequences than simply having to pay benefits if they are wrong. 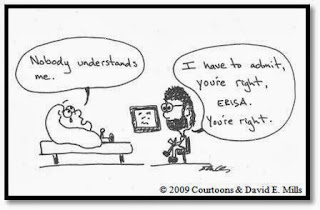 ERISA is (also) sometimes used to refer to the full body of laws regulating employee benefit plans, which are found mainly in the Internal Revenue Code and ERISA itself. Responsibility for the interpretation and enforcement of ERISA is divided among the Department of Labor, the Department of the Treasury (particularly the Internal Revenue Service), and the Pension Benefit Guaranty Corporation.

What Type of Plans Are Subject to ERISA?

An “employee welfare benefit plan” is any “plan, fund or program” which is “established or maintained” by an “employer” or an “employee organization” or both for the purpose of providing, either directly or through the purchase of insurance, benefits such as medical, dental, disability, vacation, apprenticeship, etc.  An “employer” includes an individual employer and a group or association of employers.

Also, certain plans are exempt from ERISA because they are considered payroll or employment practices when paid out of the employers general assets, such as vacation and holiday pay.  Finally, government, church, state, foreign and unfunded excess benefit plans are generally excluded from ERISA as well. Virtually every private-sector employer is subject to ERISA and there is no size exemption.


ERISA without a Plan

Courts have also ruled that an ERISA plan exists, “if a reasonable person could ascertain its intended benefits, its benefit procedures, its beneficiaries and the source of its funding.”  Therefore if an employer provides benefits but does not have a written benefit plan, the employer may still be subject to ERISA, especially as it relates to requirements for paying claims, fiduciary responsibilities, reporting procedures, etc.

If a plan document does not exist when certain benefits are provided courts could determine plan terms, letters, company communications could become plan terms and fiduciaries could be exposed to additional liabilities.


What about Work Comp?


In general, ERISA does not cover group health plans established or maintained by governmental entities, churches for their employees, or plans which are maintained solely to comply with applicable workers compensation, unemployment, or disability laws. ERISA also does not cover plans maintained outside the United States primarily for the benefit of nonresident aliens or unfunded excess benefit plans.


What does ERISA have to do with staffing, your blog, and me?

How many staffing companies profit from the underwriting portion of the work comp? Can a deductible, partial self insured, a captive, etc. be subject to ERISA?

Do not forget, work comp IS an employee benefit (just like unemployment). It is compulsory (in all states except Texas). With this ruling in Rochow v. Life Ins. Co. of N. America , it not a far stretch to conclude that staffing companies (or any employer) increase profits when claims are denied (in the form of savings on deductibles, premium increases, etc.).

This could open the door to injured employees suing for denied benefits, legal costs, punitive damages, AND the profits made from the denial of such claims.

The "not applicable to work comp" is only "generally" speaking. There are instances where ERISA does apply, and (further) applicability to work comp is only a court decision away.

There is also the possibility of similar claims if state insurance laws or state work comp laws have similar provisions such as ERISA's (502(a)(3)).

You can read more about ERISA on the (Federal) Department of Labor's website here, or on Wikipedia here:

My advice is simple:

A Word of Caution:

Be careful not to put yourself in a position for discrimination, especially under the ADA (Americans with Disabilities Ac of 1990). It is not always easy to tell a good employee from a bad employee (it is not like they have a sign on their forehead).

eToro is the ultimate forex broker for new and pro traders.