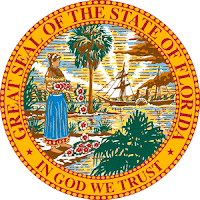 TALLAHASSEE — A divided appeals court Monday backed away from a ruling that found part of Florida’s workers compensation insurance system unconstitutional, but continued to support an injured St. Petersburg firefighter in his legal fight about disability benefits.

The full 1st District Court of Appeal scuttled a three-judge panel’s earlier ruling about the constitutionality of a law dealing with temporary disability benefits. But a majority of the full court also asked the Florida Supreme Court to take up the case, which centers on Bradley Westphal, a firefighter who injured his back and leg while on duty in 2009.

But, in Monday’s opinion, a majority of the full appeals court said it didn’t need to rule on the constitutionality of the law because it could find for West­phal on other grounds.

“We hold that a worker who is totally disabled as a result of a workplace accident and remains totally disabled by the end of his or her eligibility for temporary total disability benefits is deemed to be at maximum medical improvement by operation of law and is therefore eligible to assert a claim for permanent and total disability benefits,” said the majority opinion, written by Judge Philip Padovano and seven other judges.

Judge Brad Thomas concurred that Westphal was entitled to the benefits but wrote that he “vigorously” dissented from part of the ruling that he said violated the constitutional separation of powers between the courts, the Legislature and the executive branch.

The workers compensation system is designed to serve as a way to provide medical care and other benefits to injured people without going through lawsuits. But Florida has highly complex workers compensation laws that include different types of benefits and limits — and in the past have touched off fierce legislative battles that included business groups, insurers, trial lawyers, medical providers and labor unions.

As a sign of the interest in Westphal’s case, the state House and Senate signed onto briefs in support of the city of St. Petersburg, as did groups and businesses such as Associated Industries of Florida, the Florida Chamber of Commerce, the National Federation of Independent Business and Publix. Among those supporting Westphal: the Florida Justice Association, Florida Workers Advocates and the Police Benevolent Association.

Westphal’s disability payments ran out in December 2011. One of his attorneys said earlier this year that the city of St. Petersburg agreed in November 2012 that Westphal would get permanent disability benefits — and made them retroactive to September 2012 — but that left about a nine-month income gap.

The majority opinion Monday said nothing in state law suggests the Legislature intended to create a “gap.”

“It is unreasonable to assume that the Legislature meant to create a gap in benefits, during which a disabled worker is not compensated for a disability, even though there is no dispute that the worker is totally disabled,” the opinion said.

But Judge T. Kent Wetherell, who fully dissented, wrote that the Legislature should have the responsibility for addressing the “gap” issue.

“The solution to this problem — assuming one is needed — is for the Legislature to revise the statute,” wrote Wetherell, who was joined in the full dissent by judges L. Clayton Roberts and Lori Rowe.


I really don't know what to say other than this illustrates the complexities of the work comp system. Now multiply this by 51 (50 states +DC).

This site is excellent and so is how the subject matter was explained. I also like some of the comments too. Waiting for the next post.
Platelet Rich Plasma Therapy
Elbow Surgery
Hip Replacement Surgery
Shoulder Surgery
Knee Replacement Surgery
Chicago Stem Cell Therapy