“We remain pessimistic about the near-term profitability prospects for the U.S. workers’ compensation market despite improved pricing in the past couple of years,” said S&P credit analyst Siddhartha Ghosh. “We base our cautious view of the industry on such factors as continuing high unemployment levels and economic uncertainty, potential adverse reserve development, higher health care costs, and emerging risks like the expiration of Terrorism Risk Insurance Program Reauthorization Act in 2014 and significant uncertainty regarding the ACA.” 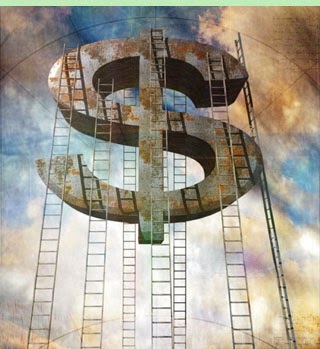 S&P cited unemployment and the GDP as affecting premium growth, noting that consumers remain worried, wages are virtually stagnant, unemployment remains high and the cost of living is rising.

Concerns about the on-and-off political gridlock in Washington, D.C., uncertainty about the implementation of the Affordable Care Act (ACA), and the potential for higher interest rates remain foremost on the minds of many, according to S&P.

Reauthorization of the terrorism insurance program is also crucial.

“We believe the bottom lines of most workers’ compensation insurance carriers would be hurt, as early as 2015, if TRIPRA is not extended in its existing or a comparable replacement form,” said S&P’s Ghosh. “This could affect our ratings on these insurers. We believe the commercial lines insurers most vulnerable to potential rating downgrades are those that have sizable workers’ compensation exposures and/or have significant geographical concentration.”

There is a hard market. Insurance companies need to make money from insurance and NOT on investments of reserves. Therefore they have to increase rates (to cover loss of investment returns) to adequately cover claims.

The bad economy coupled with the ACA is causing businesses to cut back on number of employees and hours worked. This leads to a decrease in insurance premiums paid (NOT in rates though).

Thank you for reading.
Posted by EJH at 1:31 PM