Note: This is Part 1 in a 2 part post. Chronologically it is posted second, but that is because of how blogspot.com displays posts. 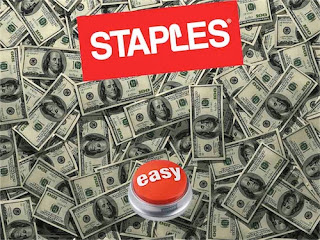 SAN DIEGO — Prosecutors secured a conviction and a conviction and jail sentence for a South African man and his daughter in a workers' comp fraud case that had been running for over a decade and that cost insurers more than $1.5 million. In the end it was coincidental that the fraud was discovered at all.

This story is a real a lesson for employers in how carriers might better manage claims, for brokers in why frequent case reviews are so important and for safety/risk managers why it is so important to be involved with claims.

In 2002, Kohrumel was working as a manager at a local Staples office supply store for three months when a heavy box fell on her foot, breaking a toe. She filed a workers' comp claim. Surgery on the toe ensued a couple months later.

This is where it gets interesting and the red flags should have gone up...

She claimed she couldn't use the crutches the hospital provided after the surgery so the carrier, American International Group (AIG) through its third-party administrator ESIS (part of the ACE Group), provided Kohrumel with a wheelchair. But the wheelchair allegedly gave her carpal tunnel syndrome so they provided an electric wheelchair. Yes, state records indicate a claim for a wrist injury, as well as her back, on what was originally a claim for a broken toe.

Kohrumel claimed hypersensitivity in her feet following the surgery, complex regional pain syndrome, depression and anxiety. She was put on a cocktail of over two dozen prescription medications.

She never returned to her job and was paid temporary disability amounting to two-thirds of her salary, tax free. Given her age, the payments could have totaled several million dollars.

Starting in 2004, she also represented herself as needing around-the- clock care, which was provided by her husband until his death two years ago. At that point Anton Buitendag, her father took over.

Recently, Kohrumel and her father began demanding that he be reimbursed for the constant care that they claimed he provided. Buitendag was seeking $324,000 in compensation for his claimed work from September 2011 through June of this year. He claimed his services were worth more than $21 an hour, which came to about $500 per day, or roughly $182,000 a year.

The insurance company, ESIS/AIG, disputed the amount of care Kohrumel needed and asserted that it could not legally pay Buitendag because he was a foreigner without a U.S. work visa. Kohrumel’s attorney sought to litigate the issue before the Workers Compensation Appeals Board.

It appears from lien filings and other documents that Philip Cohen in San Diego was her attorney. Her doctors appear to be  Kristi A. Dove MD, a neurology and pain management specialist and Elise Reed, DO a psychiatrist. Other lien claimants include pharmacy providers, a sleep testing center, copy services, and a large health system.

The case might have gone all the way to settlement if Kohrumel hadn't demanded to be moved to a larger place. She said needed a larger place to live, as her two-bedroom apartment was not large enough for her wheelchair to navigate. Ace/ESIS hired some movers (as Kohrumel was wheelchair-bound) and that's when the fraud was exposed.

While helping Kohrumel, the movers noticed that she would get out of her wheelchair for extended periods, then lift and move heavy boxes in her garage. They reported what they saw to the insurance company and later videotaped her standing for about two hours while hefting, moving and sorting through boxes in her garage.

The movers informed ESIS of what they had seen and on their next visit the administrator obtained sub rosa video of Kohrumel again standing and moving boxes for an extended period of time.

Investigators served a search warrant on Korhumel’s garage and recovered more than 20 boxes of unused prescription medications issued to Kohrumel dating back to 2007.  Prosecutors say they used this as evidence to extend the grand theft allegations back to Jan. 1, 2007.

Before Kohrumel was ever hired by Staples she had over a dozen knee surgeries for preexisting conditions that could be adding to her current level of disability. Prosecutors harbor doubts as to whether there was ever an industrial accident at all, but say they opted to file charges only on what they were sure they could prove if it went to trial. 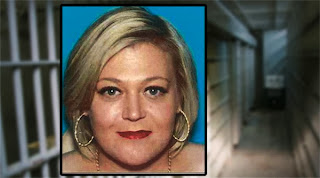 Superior Court Judge Duane Moring ordered Anton Buitendag, 65, to serve 180 days in local custody and handed down a year-long term to 35-year-old Yolandi Kohrumel. She will also have to repay the $1,558,653 she received in temporary disability (TD) benefits over the life of the case.

Prosecutors say the toe injury case had a potential exposure of $8 to $10 million as it was headed towards a life pension and a likely award of lifetime 24-hour care. Kohrumel is only 35 years old so the financial implications of any lifetime award would be amplified by her relatively young age.  As it is millions have already been spent on a case that prosecutor’s say may very well have no industrial connection to her employer at the time.


I just dealt with a similar situation, and I had all types of evidence, still the courts took a "wait and see approach." This was with a judge that was known to be "fair" with employers.

Remember, judges will ALWAYS favor the employEE. Even in the face of blatant fraud they will take a "wait and see approach."

The main reason for this is that the courts want to "err on the side of caution." This is a legacy of the events that brought about Work Comp and "exclusive remedy."


To Learn more about Work Comp and "exclusive remedy," read my "next post down:"
A Brief History of Workers' Compensation


Thank you for Reading.