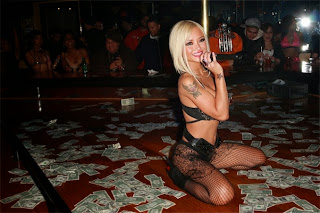 OK, unless this is your first time reading my blog, you know my sense of humor. You also know that I use it to deal with VERY SERIOUS subjects. This is no exception.

Most strippers are considered independent contractors. I think that too many articles, blogs, etc. dealing with independent contractors, mostly deal with construction. The truth is that many industries do the same: lawyers, computer coders, TPAs, and so on. This recent article is not meant to marginalize any profession, in fact it does just the opposite. Strippers are just as much entitled to workers' comp as any other employee.

The IRS offers guidance on their site for independent contractors here:

Here is the full article:

By Steven Cook
Gazette Reporter
GLENVILLE — A Glenville company that offers strippers and exotic dancers for adult parties has run afoul of the state over workers’ compensation.

Tops in Bottoms Entertainment, based on Ballston Road in Glenville, was recently fined by the state Workers Compensation Board for failing to provide workers’ compensation insurance for its employees, including the dancers, during a six-month period from August 2011 to early 2012.

The board originally filed a judgment for $128,000 after the company failed to respond to the board. Also, the state board had alleged there was a much longer period without workers compensation coverage, the spokesperson said.

Once the company did respond, though, it provided documentation that showed the shorter time without coverage, limiting it to August 2011 to February 2012, the spokesperson said.
A representative of Tops in Bottoms did not return calls for comment. On its website the company notes it has been in business for more than 20 years.

Records also indicate the company faced allegations of failing to provide workers’ compensation coverage for a period from late 2009 to early 2010. The resolution of those allegations could not be determined.

Any employee in a for-profit business must be covered by workers compensation insurance, the spokesperson said. Owners, though, may exempt themselves.

Independent contractors may fall outside that coverage. But workers at Tops in Bottoms were employees for workers’ compensation purposes, requiring coverage, the spokesperson said.

In determining whether an employer/employee relationship exists, the board determines whether the workers provides “a function vital to the success of the business” and whether the worker is “under the direction and control” of the employer.

Tops in Bottoms is not unique in being penalized by the state board for failing to have proper workers compensation insurance. In 2012 alone, the state board issued nearly 27,000 individual penalties for not carrying coverage, the spokesperson said.

From those penalties, the state collected more than $19 million in fines.

I've just installed iStripper, and now I can watch the best virtual strippers on my taskbar.