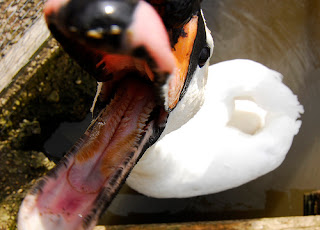 Again I always look at the lighter side of safety, it helps get the point across. But there is usually a deeper lesson and this post is no different. The deeper lesson is that there are hazards lurking out there that we do not know about or do not think that they are (or can be) a hazard.

Take "swans;" (from Wikipedia) Swans, genus Cygnus, are birds of the family Anatidae, which also includes geese and ducks. Most of us think of swans as romantic, or of Björk and her infamous dead swan dress at the 2001 Oscars. But they are wild animals, bigger and stronger than most of us expect, and should be treated as a potential hazard. I have had much experience with wildlife in both my professional and private life. I use to work with a program that was preserving the endangered and Fererall Protected (from Wikipedia) American Crocodile (Crocodylus acutus). I had a client that had the American Crocodile on their site and many clients that had alligator hazards.

I have also had hands-on experience with swans. 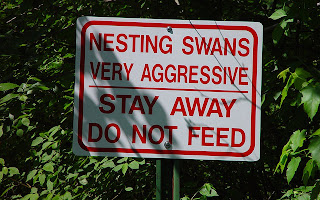 Kayaker Drowns After Being Attacked by Swan

DES PLAINES, Ill. — Anthony Hensley, 37, drowned in a pond after falling off his kayak when a swan attacked him. He was checking on the swans that his employer had provided the Bay Colony Condominiums in unincorporated Maine Township.

The swan had been placed in the pond by the company Hensley was working for, North Barrington-based Knox Swan and Dog LLC, in a bid to keep geese away. Hensley was checking on the swan while in his kayak. It is thought he got too close to a swan and it attacked him, and he capsized the Chicago Sun-Times reported. His death ruled an accident.

Witnesses saw him come up to the surface a couple of times before he went under again and did not resurface. He was pulled from the water by rescuers after about 45 minutes of searching, the Chicago Tribune reported.

Divers pulled Hensley’s body from a pond after witnesses saw him fall out of a kayak and was unable to swim to shore, according to Cook County sheriff’s police. Although witnesses did not see him fall into the water, investigators believe Hensley may have gotten too close to a swan or its nest and been attacked.

Hensley was married and had two daughters, aged 1 and 3 at the time of his death.  A family friend, Charles Emery, said Hensley had worked for Knox Swan and Dog for 10 years and loved the outdoors-related job. 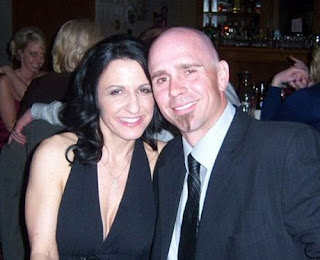 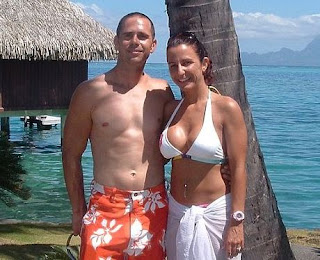 
The Occupational Safety and Health Administration found no workplace violations in the April death of the 37-year-old Villa Park man who drowned near Des Plaines after authorities believe he was attacked by an aggressive swan.

OSHA spokesman Scott Allen said the agency investigated the possibility of health and safety violations on the part of Hensley’s employer, but ultimately found none. OSHA has jurisdiction to investigate any workplace fatality and Hensley’s death was considered work-related, Allen said.

After reading this story I have to say that there is more to it.  If OSHA found no violations, then he must have been wearing a life vest (PPE), and yet he drowned. There is no current in a pond, so did the life vest fail, did he get stuck in the mud on the bottom? Did the swan hold him under? Could he swim?

It was said that he loved the outdoors-related job, but this does not make him an outdoorsman. I consider myself an outdoorsman, having grown up hiking, hunting, fishing, boating, and being outdoors all my life. I, like most outdoorsmen, can swim, and I cam swim very well. Growing up, I have swam in rivers creeks, and some places I shouldn't have. (When I talk about my childhood, my wife says I am lucky to be alive.)

I can swim underwater 3 lengths of my (40 ft, in-ground) pool. More than enough to get away from a swan. So what happened? It would be interesting to read OSHA's report and see their conclusions.

I do not have the answers.

This leads to an interesting question: If you have an employee working on or around water, and you provide personal floatation devices (a.k.a. life vests), should you teach the employee how to swim (send him to a swim class) also?

That also leads to the question: is being able to swim required for certain jobs even if you provide personal floatation devices?

Here are some things that I would do: (Note: this is a generalization. Every job is different.)
Finally, I know what I talk about. Here I am supervising a crew moving a combination (backhoe) on a barge. 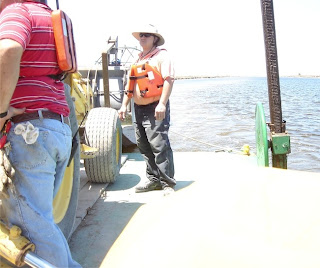 very nice and informative blog. thanks for sharing nice information.