I am sure that you have seen this picture before. "Lunch atop a Skyscraper" (New York Construction Workers Lunching on a Crossbeam) is a famous black-and-white photograph taken by Charles C. Ebbets during construction of the RCA Building (renamed as the GE Building in 1986) at Rockefeller Center in New York City, United States.

The photograph depicts eleven men eating lunch, seated on a girder with their feet dangling hundreds of feet above the New York City streets. Ebbets took the photo on September 29, 1932 on the 69th floor of the RCA Building during the last months of construction. It appeared in the Sunday photo supplement of the New York Herald Tribune on October 2, 1932. 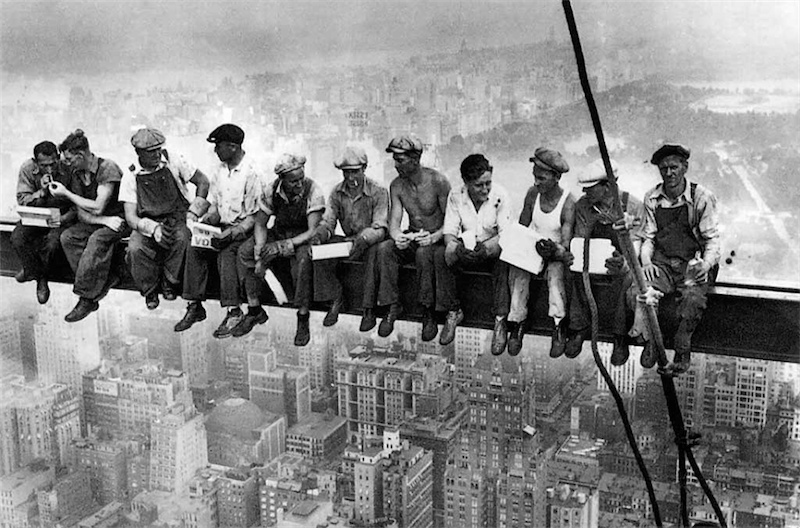 I came across this picture. It was done using Lego people. Much safer than trying to pose 11 people on a beam 69 stories in the air. 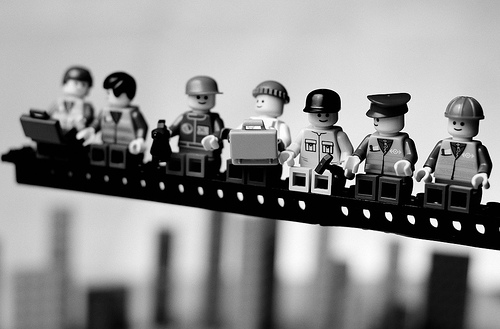 Then this picture caught my eye. It is the modern version of "Lunch atop a Skyscraper." This was taken overseas, perhaps Asia or the Middle East (I believe). Notice the differences: everyone wearing hard hats, high visibility coats, work pants, and of course fall protection.

I don't know that they are doing this the correct way, I can not see if their fall protection is tied off to anything. It still is a long way from the original. 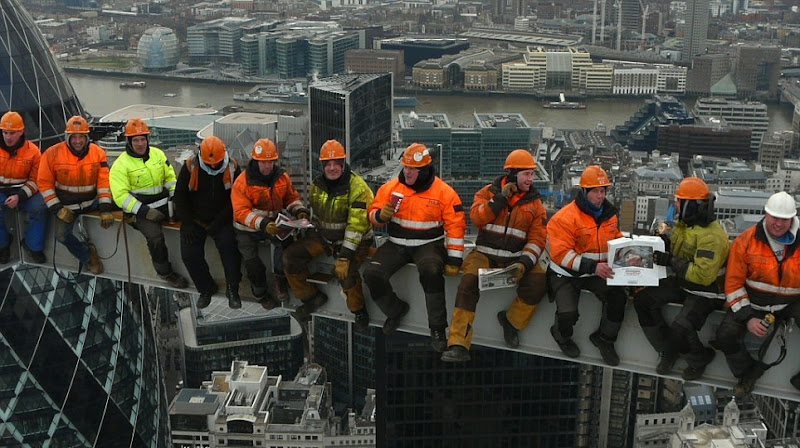 Before, they didn't have the right PPE, uniforms and the right safety trainings such as the required (in most places) 10 hour osha training which are one of the best ways to ensure the safety of all kinds of workers (like those in the pix in this blog post). But now that we have them, the number of accidents and mishaps should have decreased.